William Seymour: The Forgotten Saint Of The Pentecostal Movement

William Seymour was one of the founders of the Pentecostal movement. Learn about this amazingly humble man who started the Azusa St. Revival.
Spread the love

Who Was William Seymour?

William Joseph Seymour, 1870-1922, was an African American minister, and a catalyst of the Pentecostal and Charismatic movements. William Seymour not only rejected the existing racial barriers in favor of “unity in Christ but” he also rejected the then almost-universal barriers to women in any form of church leadership. The revival meeting he started on Azusa St. in Los Angeles Ca. Extended from 1906 until 1909, and became the subject of intense investigation by more mainstream Protestants.

Some called Seymour a heretic, while others accepted his teachings and returned to their congregations to expound them. The resulting movement became widely known as “Pentecostalism.” While there had been similar manifestations of the Spirit in the past, the current worldwide Pentecostal and charismatic movements are generally agreed to have been in part outgrowths of Seymour’s ministry and the Azusa Street Revival.

Any man that is saved and sanctified can feel the fire burning in his heart, when he calls on the name of Jesus

There are many wells today, but they are dry. There are many hungry souls today that are empty. But let us come to Jesus and take Him at His Word and we will find wells of salvation, and be able to draw waters out of the well of salvation, for Jesus is that well.

Our salvation is not in some father or human instruments. It is sad to see people so blinded, worshiping the creature more than the Creator

The Pentecostal power, when you sum it all up, is just more of God’s love. If it does not bring more love, it is simply a counterfeit.

The first step in seeking the baptism with the Holy Ghost, is to have a clear knowledge of the new birth in our souls, which is the first work of grace and brings everlasting life to our souls

The thing that makes us know that this “latter rain” that is flooding the world with the glory of God is of the Lord, is because the devil is not in such business.

Many people today are sanctified, cleansed from all sin and perfectly consecrated to God, but they have never obeyed the Lord according to Acts 1, 4, 5, 8 and Luke 24: 39, for their real personal Pentecost, the enduement of power for service and work and for sealing unto the day of redemption. The baptism with the Holy Ghost is a free gift without repentance upon the sanctified, cleansed vessel. “Now He which stablisheth us with you in Christ, and hath anointed us, is God, who hath also sealed us, and given the earnest of the Spirit in our hearts” (2 Cor. 1: 21-22). I praise our God for the sealing of the Holy Spirit unto the day of redemption

I can say, through the power of the Spirit, that wherever God can get a people that will come together in one accord and one mind in the Word of God, the baptism of the Holy Ghost will fall upon them, like as at Cornelius’ house.

Let us honor the blood of Jesus Christ every moment of our lives, and we will be sweet in our souls.

On September 28, 1922, Seymour experienced chest pains and shortness of breath. Although a doctor was called, the pilgrim passed to the Celestial City. Some say he died from a “broken heart” because his church had dwindled so far. Faithful to the end, his last words were “I love my Jesus so.” Seymour was laid to rest in Los Angeles’ Evergreen Cemetery. His gravestone reads simply, “Our Pastor.”

For many years the pivotal role of Seymour was almost ignored by church historians. Partially, no doubt, because he was an African American. This shameful neglect, however, is finally ending as more and more students of Pentecostal history learn of the importance of William J. Seymour’s role in the formation of the Pentecostal movement. 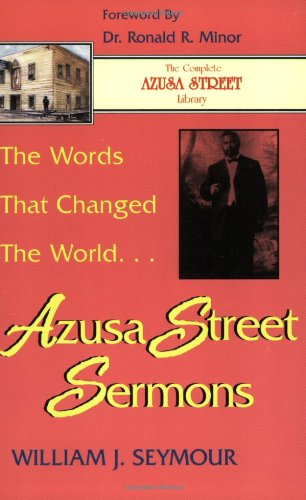 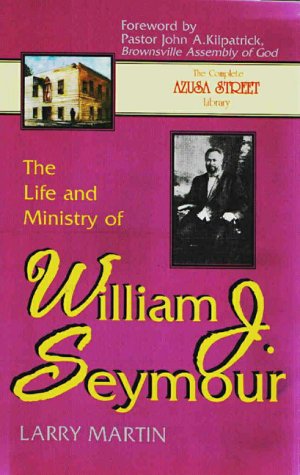 Amazon.com
The Life and Ministry of William J. Seymour: And a History of the Azusa...
$12.99
See Details 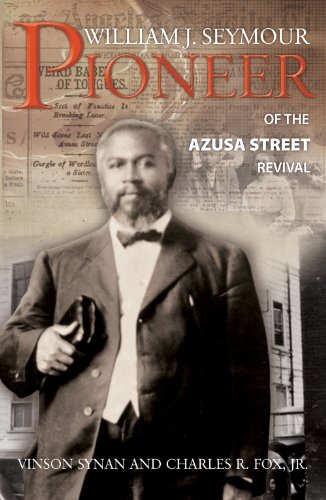 How To Use Your Spiritual Gifts

Who Is The Holy Spirit And What Does He Do?

What Are Signs And Wonders In The Bible? [And How To See Them] How do you know if you are being led by the Spirit? Check out these 4 foundational guideposts to know God’s Spirit is leading you! Sermon: The Fruit Of The Spirit