What Does The Bible Say About Forgiveness?

Forgiveness is a difficult subject for some people. Discover what the Bible says about forgiveness in this informative article.
Spread the love

Forgive and You Shall Be Forgiven

What Does The Bible Teach About Forgiveness?

The Bible says that we must be forgiven by God

This is by far the most important lesson on what does the Bible say about forgiveness. If we miss this lesson than it does not matter what else we do concerning forgiveness. It will have all been for nothing. In 1 John 1:9 it says that we need to confess our sins to God and He will forgive us.

But if we confess our sins to him, he is faithful and just to forgive us our sins and to cleanse us from all wickedness.

Now many people because of their upbringing, when they hear the word sin, think of things like not smoking, not chewing, not drinking or going out with women who do! But honestly the definition of sin in the Bible is a term that was taken from archery. It means to miss the bulls-eye. Every single one of us at one time or another in our life has missed it. We have made a mistake and not done what we knew we were supposed to do, myself included. So the first thing a person needs to do is make sure they are in a right relationship with God. Just as you would go to your friend or loved one when you blew it, you need to go to God and ask for forgiveness. He will forgive you.

What does the Bible say about forgiving others?

Peter asked Jesus a question about forgiveness in Matthew 18:21-35 where he asked how many times should we forgive somebody.

THE PARABLE OF THE UNFORGIVING SERVANT

21 Then Peter came to him and asked, “Lord, how often should I forgive someone who sins against me? Seven times?”
22 “No, not seven times,” Jesus replied, “but seventy times seven!

23 “Therefore, the Kingdom of Heaven can be compared to a king who decided to bring his accounts up to date with servants who had borrowed money from him. 24 In the process, one of his debtors was brought in who owed him millions of dollars. 25 He couldn’t pay, so his master ordered that he be sold – along with his wife, his children, and everything he owned – to pay the debt. 26 “But the man fell down before his master and begged him, ‘Please, be patient with me, and I will pay it all.’ 27 Then his master was filled with pity for him, and he released him and forgave his debt. 28 “But when the man left the king, he went to a fellow servant who owed him a few thousand dollars. 4 He grabbed him by the throat and demanded instant payment.
29 “His fellow servant fell down before him and begged for a little more time. ‘Be patient with me, and I will pay it,’ he pleaded. 30 But his creditor would not wait. He had the man arrested and put in prison until the debt could be paid in full. 31 “When some of the other servants saw this, they were very upset. They went to the king and told him everything that had happened. 32 Then the king called in the man he had forgiven and said, ‘You evil servant! I forgave you that tremendous debt because you pleaded with me. 33 Shouldn’t you have mercy on your fellow servant, just as I had mercy on you?’ 34 Then the angry king sent the man to prison to be tortured until he had paid his entire debt. 35 “That’s what my heavenly Father will do to you if you refuse to forgive your brothers and sisters 5 from your heart.”

Peter asked if 7 times was enough. I think Peter here was thinking to myself that 7 times would be asking a lot and being real magnanimous. Jesus said, not 7 times but 77 times. The point being that forgiveness is to be a lifestyle not an event. That is where the challenge comes in. It might be easy to forgive someone a couple of times, but how do you have a lifestyle of forgiveness. How do you keep forgiving someone who then turns around and does the same thing to you time and time again?

How do we learn to live a lifestyle of forgiveness?

Continuing on in that Matthew 18 passage Jesus tells a parable of a rich ruler who was calling in all of his unpaid debts. One man owed the ruler a very large sum equal to a modern-day amount of a million dollars. The man who owed the debt fell down at the ruler’s feet and asked for the debt to be forgiven. The ruler forgave the debt and let the man go. As the man was leaving he ran across somebody who owed him a small debt. The man demanded the that the debtor pay him back. The debtor did the same thing that the man had done with the rich ruler. He asked him to forgive the debt. However the man refused and took him to court and had him thrown in debtors prison until he paid the debt.

Well as you have it, the ruler heard about this and was outraged and took away the forgiveness that the man had received and had him thrown into jail.

The principle in all this is that we can forgive and find it in our hearts to forgive when we remember how much God has forgiven us. It is when we demand payment for the emotional debts that a person has laid up in our heart, that we lose sight of how much we have been forgiven and we end up being just like the man who refused to forgive, we end up in an emotional and spiritual prison, tormented by the thoughts of how wounded and hurt we have been and how unjust it all is. So the Bible teaches that the way to forgive is to remember how much you have been forgiven. Do you see now why it is so important to make sure you have gone to God to ask forgiveness for what you have done wrong?

How do you forgive yourself?

Finally my friends, I just want to encourage you. If you are struggling with forgiving yourself, then you need to ask to be forgiven for making yourself God and being the judge. You are judging yourself. That is not your job. Your job is to receive forgiveness. 1 John 2:12 says that your sins have been forgiven because if His name.

I am writing to you who are God’s children
because your sins have been forgiven through Jesus.

If you have received Christ as your Lord and Savior, then you are forgiven. The things you have done have been thrown into the sea of forgetfulness and have been separated from you as far as the east is from the west. Stop playing God and just be a grateful servant who is glad that your mistakes, your sins have been erased. 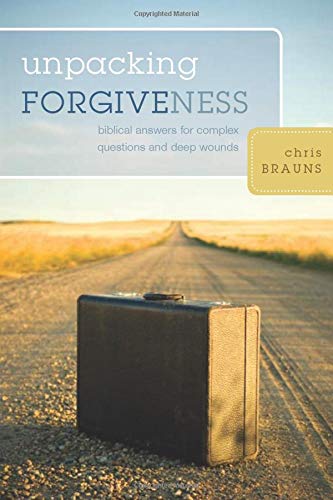 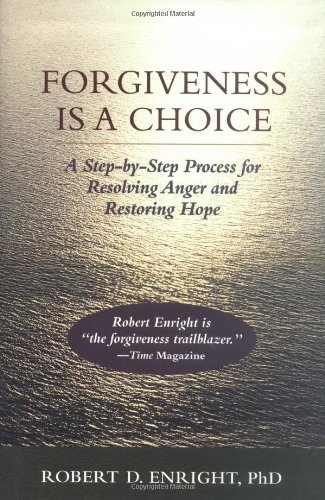 Amazon.com
Forgiveness is a Choice: A Step-by-Step Process for Resolving Anger and...
$35.00
See Details
- 31% 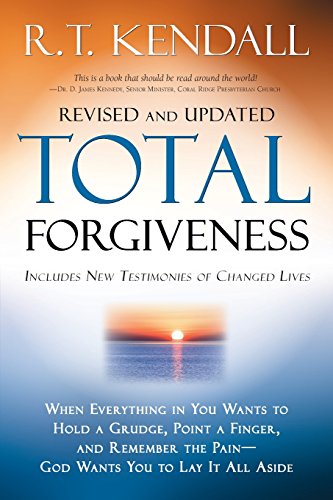