The ONE THING People Are Missing In The Transgenderism Debate

As a native-born North Carolinian now living in Upstate NY, I have been paying close attention to the HB2 debate that is constantly being batted around in social media and on the news. I have seen posts on Facebook and Twitter from friends on both sides of the issue. I have personally been involved in online conversations where one side is trying to convince the already-convinced other side that they are on the “Dark Side” of the issue at hand.

However, at the end of the day, I have always believed in God’s sovereignty. Whether it is elections, relationships, number of children, and the list can go on. But sovereignty, in my opinion, also extends to our sexuality and gender.

The book of Jeremiah opens with the call of Jeremiah to be a prophet for God. God personally assures Jeremiah of his identity and says:

4 NOW THE WORD OF THE LORD CAME TO ME, SAYING,5 “BEFORE I FORMED YOU IN THE WOMB I KNEW YOU,AND BEFORE YOU WERE BORN I CONSECRATED YOU;I APPOINTED YOU A PROPHET TO THE NATIONS.”

“Before I formed you in the womb I knew you… I consecrated you.” God is speaking identity over Jeremiah that declares several things here. First, Jeremiah was known by God before the first cell divided in the fertilized egg. God knew Jeremiah. This knowing is one way that we can say that our identity is secure. The fact that God knew us before we knew ourselves speaks of his intimate involvement with us as human beings. We were not some afterthought of the Almighty; we were a part of his gray matter. We literally came out of his mind when he created the first man and woman. We were already complete and whole as human beings.

But he didn’t just know Jeremiah; he formed Jeremiah. He knew exactly what Jeremiah was going to look like, all of his flaws and all of his weaknesses. And he knew that in the formation of Jeremiah there would be a battle against Jeremiah and who he was to become.

Finally, we see here “I consecrated you.” In other words, I made you holy. I blessed what I did in forming you. I identified you.

Psalm 139:13-14 describes this forming of a baby in the womb with these words:

13 FOR YOU FORMED MY INWARD PARTS;YOU KNITTED ME TOGETHER IN MY MOTHER’S WOMB.14 I PRAISE YOU, FOR I AM FEARFULLY AND WONDERFULLY MADE.WONDERFUL ARE YOUR WORKS;MY SOUL KNOWS IT VERY WELL.

“SEXUAL ORIENTATION DESCRIBES A PERSON’S ENDURING PHYSICAL, ROMANTIC, AND/OR EMOTIONAL ATTRACTION TO ANOTHER PERSON (FOR EXAMPLE: STRAIGHT, GAY, LESBIAN, BISEXUAL), WHILE GENDER IDENTITY DESCRIBES A PERSON’S, INTERNAL, PERSONAL SENSE OF BEING A MAN OR A WOMAN (OR SOMEONE OUTSIDE OF THAT GENDER BINARY).SIMPLY PUT: SEXUAL ORIENTATION IS ABOUT WHO YOU ARE ATTRACTED TO AND FALL IN LOVE WITH; GENDER IDENTITY IS ABOUT YOUR OWN SENSE OF YOURSELF.”

This definition is contrary to the Sovereignty of God. And the contrast is blaring. The secular approach comes from the perspective that humans have a self-given right to define themselves. Their identity is based on their “sense of self.” God is not a part of the initial equation. And I use the term “initial” intentionally here because there are many, many transgender persons and those who identify as gay, lesbian and bisexual who will gladly proclaim that they do believe in God. So, I refuse to go so far as to say that transgenders are God-haters. While I am sure there are some transgenders who are angry with God or even atheists, I am equally sure that many have no issue with the existence of God, and many would even say that they love God and believe God loves them. And in fact, he does.

The rub is that even though a transgender person may acknowledge the existence of God, to question ones gender identity is, in fact, a question of God’s sovereignty. It is a question of whether God truly knew what he was doing when he set into motion the DNA pattern that would “fearfully and wonderfully” form each and every one of us.

This isn’t unlike the serpent in the Garden of Eden who asks Eve, “Did God actually say…?” What kind of question is that? Satan is convincing Eve that it was okay to question God. Had Eve stopped Satan dead in his tracks and declared her identity as a woman in authority over the serpent, none of our fallenness would have occurred. Although, in all fairness, Adam followed her hook, line and sinker; buying into the lie that Satan had a better identity for him than his Creator.

When a transgender person is declaring that they are trapped in the wrong body, they are in essence saying “God, I know better than you do.” For some, that is a complete turn-off for me to say this. But if we are to start from a point of God’s Sovereignty, we have no choice but to acknowledge that we were created as God intended, either male or female.

One person questioned me on how my idea of God’s Sovereignty and gender identity would hold weight in light of a hermaphrodite person (now called “intersex”). In biology, a hermaphrodite is defined “an organism that has reproductive organs normally associated with both male and female sexes.” The term intersex, while holding to a traditional understanding of a hermaphrodite, stretches to include a broader stroke. The Intersex Society of North America (ISNA.org) says this about the term intersex:

“Which variations of sexual anatomy count as intersex? In practice, different people have different answers to that question. That’s not surprising, because intersex isn’t a discreet or natural category.What does this mean? Intersex is a socially constructed category that reflects real biological variation.”

The ambiguity and questioning leaves open a Pandora’s box. The confusion, while hiding behind the banners of open-mindedness, progression and “compassion,” leave the hermaphrodite and/or transgender individuals in a constant state of asking “Who am I?” While this question is certainly a valid question for a hermaphrodite person who was born with either genitalia or sexual organs of both sexes, this is not a valid question for someone clearly biologically male or female in their DNA.

As someone who wholeheartedly believes in God’s Sovereignty, and in that he has formed us (i.e. set the natural laws in motion that allows males and females to “be fruitful and multiply”), I also acknowledge that at that same moment Eve gave into the question of Satan, sin entered into the picture. This concept of original sin does indeed play a role in the permissiveness of DNA to be assaulted. And, with that in mind, I think that the rarity and the complexity of those who are born with a hermaphrodite issue should be extended the ultimate amount of grace and mercy. In fact, they should be permitted to explore with scientific and medical help, what would be the most corrective approach in choosing their gender identity thus determining their sexual identity.

But to use the broad brush of the physical handicaps of hermaphrodite persons to support the emotional decision of a male to desire to become a female is, at the least, a stretch and in my opinion, highly disrespectful. This is not an attempt to guilt those who are struggling with their gender identity. Rather, it is an attempt to separate what need not be mixed.

This confusion, though, is what the deception of Satan is all about. The more people are confused about who they are, the less likely they are to follow God, their Sovereign Creator, and fall into their true identity in him. Both the New and the Old Testaments clearly state that “male and female he created them.” This is not a mistake, but a Sovereign decision of an Almighty and Eternal God.

The Christian’s approach to those who are self-identifying as transgender must start from a place of humility and compassion. Many in the LGBTQ communities take on a defensive posture. We, as Christians, must strive to strike that balance of maintaining a Christian ethic on sexuality and, at the same time, be the first to show compassion, understanding and protection. And by protection, I am not talking about the misled Civil Rights methods being employed by those who wish to push an LGBTQ agenda. I mean we do everything in our power to make sure that physical harm is not permitted toward the LGBTQ communities. Jesus’ response to the sexually broken was not to throw another stone, but to share the power of Grace which always involves “neither do I condemn you, go and sin no more.”

As Christians engage in the ongoing battle over transgenderism, bathroom usage, and different sexuality issues, we must constantly remind ourselves that Jesus was full of compassion and always had standards of righteousness.​

“The greatness of manhood and womanhood is more than sex. It is more than a throbbing love story… In making sex the main thing, the modern world is losing the glory and beauty and depth and power of what sexuality becomes when it runs like a deep and mighty river between the high banks of righteousness. ” ~John Piper, A Sweet and Bitter Providence: Sex, Race and the Sovereignty of God

We must stay inside the God-given banks of his righteousness. This doesn’t just apply to those who are struggling with their gender. It also applies to Christians as we show mercy, kindness and compassion to those that are so deeply broken. And while some may see it as insulting for me to call transgenderism as sexual brokenness that needs healing, those who are hurting deeply, to which this applies, will appreciate that “mercy triumphs over judgement.” And they will have the joys of you being the one who demonstrates that “love covers a multitude of sins.” 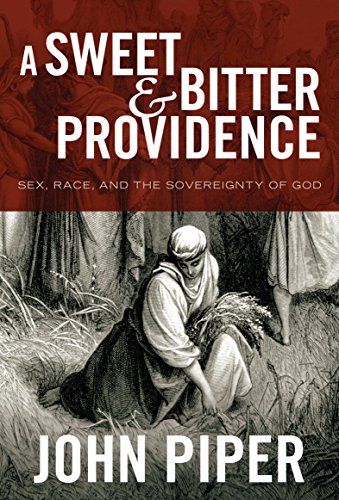 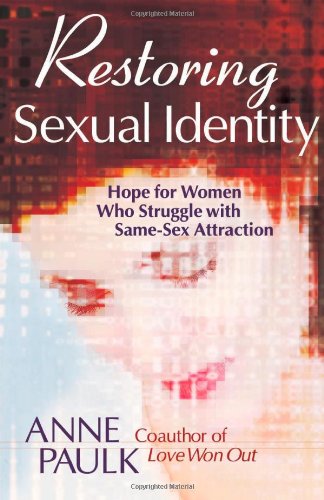 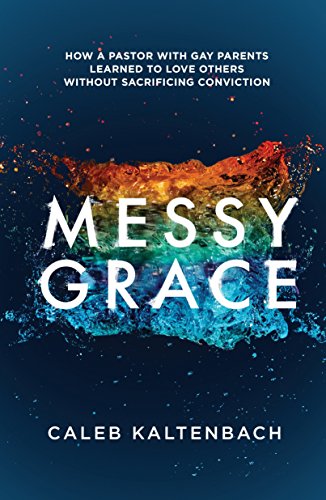 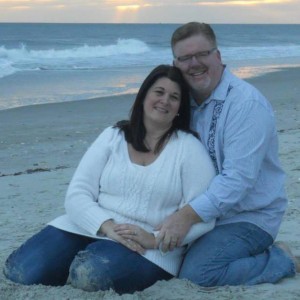 (John Manning is minister and a counselor. He is presently finishing his doctoral studies at Southeastern University and working as a high school counselor at Perquimans County High School. He is a graduate of East Carolina University and Southeastern Baptist Theological Seminary.) Bible Study: He Who Began A Good Work In You

Do you want to know what Philippians 1:6 means? Read this article showing He who began a good work in you will be faithful to complete it. Finding God’s Goodness In Your Life Does the Bible say anything that will help someone in recovery? Read these 12 great Bible verses for recovery and be encouraged. Sermon: Lift Up Your Eyes And See What God Sees

There are 3 places in the Bible where it says to lift up your eyes. Pastor Duke Taber shares a beautiful sermon on lifting up your eyes. 10 Uplifting Bible Verses About Depression That Helped Me Overcome

Are you suffering from depression? Read these uplifting Bible verses about depression. They are the ones God used to help me overcome. 3 Keys To Help Somebody Battling Depression