There is an excellent Bible teaching that can be found in the story of Joshua and the stones of remembrance.

The story is found in Joshua 4.

Let me set the stage just a little bit before we go into the story.

The children of Israel had been delivered from the bondage of slavery in Egypt. They had spent 40 years wandering in the wilderness because they had not believed that God would overcome the obstacles in front of them the first time.

Now they finally put faith into the promise of God that He would give them the land of promise.

They were crossing the Jordan.

It was during this event that God spoke to Joshua to place stones of remembrance in the midst of them as a reminder that God had been faithful to them and had parted the waters of the Jordan.

Let’s take a look at the story.

The Stones Of Remembrance Bible Story

TWELVE MEMORIAL STONES FROM THE JORDAN

1 When all the people had crossed the Jordan, the Lord said to Joshua, 2 “Now choose twelve men, one from each tribe. 3 Tell them, ‘Take twelve stones from the very place where the priests are standing in the middle of the Jordan. Carry them out and pile them up at the place where you will camp tonight.’” 4 So Joshua called together the twelve men he had chosen – one from each of the tribes of Israel. 5 He told them, “Go into the middle of the Jordan, in front of the Ark of the Lord your God. Each of you must pick up one stone and carry it out on your shoulder – twelve stones in all, one for each of the twelve tribes of Israel. 6 We will use these stones to build a memorial. In the future your children will ask you, ‘What do these stones mean?’ 7 Then you can tell them, ‘They remind us that the Jordan River stopped flowing when the Ark of the Lord ’s Covenant went across.’ These stones will stand as a memorial among the people of Israel forever.”8 So the men did as Joshua had commanded them. They took twelve stones from the middle of the Jordan River, one for each tribe, just as the Lord had told Joshua. They carried them to the place where they camped for the night and constructed the memorial there.9 Joshua also set up another pile of twelve stones in the middle of the Jordan, at the place where the priests who carried the Ark of the Covenant were standing. And they are there to this day.10 The priests who were carrying the Ark stood in the middle of the river until all of the Lord ’s commands that Moses had given to Joshua were carried out. Meanwhile, the people hurried across the riverbed. 11 And when everyone was safely on the other side, the priests crossed over with the Ark of the Lord as the people watched. 12 The armed warriors from the tribes of Reuben, Gad, and the half-tribe of Manasseh led the Israelites across the Jordan, just as Moses had directed. 13 These armed men – about 40,000 strong – were ready for battle, and the Lord was with them as they crossed over to the plains of Jericho. 14 That day the Lord made Joshua a great leader in the eyes of all the Israelites, and for the rest of his life they revered him as much as they had revered Moses.15 The Lord had said to Joshua, 16 “Command the priests carrying the Ark of the Covenant to come up out of the riverbed.” 17 So Joshua gave the command. 18 As soon as the priests carrying the Ark of the Lord ’s Covenant came up out of the riverbed and their feet were on high ground, the water of the Jordan returned and overflowed its banks as before.19 The people crossed the Jordan on the tenth day of the first month. Then they camped at Gilgal, just east of Jericho. 20 It was there at Gilgal that Joshua piled up the twelve stones taken from the Jordan River. 21 Then Joshua said to the Israelites, “In the future your children will ask, ‘What do these stones mean?’ 22 Then you can tell them, ‘This is where the Israelites crossed the Jordan on dry ground. ’ 23 For the Lord your God dried up the river right before your eyes, and he kept it dry until you were all across, just as he did at the Red Sea 3 when he dried it up until we had all crossed over. 24 He did this so all the nations of the earth might know that the Lord ’s hand is powerful, and so you might fear the Lord your God forever.

The Literal Stones Of Remembrance

You will notice that God had Joshua gather stones from the middle of where the miracle happened.

They gathered the stones from the middle of the Jordan River as the water was being held back.

I believe that God did this to make sure that the people always remembered the goodness of God to them and that He was more than able to enter into our physical circumstances and change things.

These stones were placed in the midst of where people lived. They were set where people and especially the next generation gathered and lived.

This is indicated by God saying that when the children would ask what the stones meant, they would then be able to share the story of how God intervened and parted the waters of the Jordan.

The Living Stones Of Remembrance

Whether we realize it or not, God has placed stones of remembrance in the midst of our world today as well. They are called living stones, and you and I are those stones.

And you are living stones that God is building into his spiritual temple. What’s more, you are his holy priests. Through the mediation of Jesus Christ, you offer spiritual sacrifices that please God.

We are the stones of remembrance that people should see and ask the same question that the children of Joshua’s day asked.

“What is it that makes you so different?”

“Why do you do the things that you do?”

Things like “Why do you read your Bible every day?”

Or “Why do you go to church every Sunday?”

Or “How come you don’t allow cursing in your life?”

Now we could get all pious about these things.

However, I don’t think that honors the spirit in which God asked the children of Israel to place those stones in the midst of the people.

He did it so they could talk about how great God is, not how holy we are.

So I want you to take a minute and stop and think.

What miraculous things have I seen God do?

How has God miraculously intervened in my life?

Where have I made some physical change or outward symbol that causes me to remember His might and power?

The Lasting Stones Of Remembrance

In Luke’s gospel, we see another example of someone encountering the power of God in their life.

It is the story of the ten lepers.

11 As Jesus continued on toward Jerusalem, he reached the border between Galilee and Samaria. 12 As he entered a village there, ten lepers stood at a distance, 13 crying out, “Jesus, Master, have mercy on us!” 14 He looked at them and said, “Go show yourselves to the priests.” And as they went, they were cleansed of their leprosy.15 One of them, when he saw that he was healed, came back to Jesus, shouting, “Praise God!” 16 He fell to the ground at Jesus’ feet, thanking him for what he had done. This man was a Samaritan. 17 Jesus asked, “Didn’t I heal ten men? Where are the other nine? 18 Has no one returned to give glory to God except this foreigner?” 19 And Jesus said to the man, “Stand up and go. Your faith has healed you. ”

Here we see the difference between being a literal stone, a living stone, or a lasting stone.

Ten men saw the power and might of God in their own life. They were all cleansed from leprosy.

However, only 1 of the ten came back to praise God and thank Jesus.

Only one made it a lifestyle choice to have an attitude of gratitude.

For us to be stones of remembrance in our society, community, family, and church, we must remember to cultivate that gratitude.

What we have received from the Lord must not become commonplace. It must always be viewed and special and unique.

In my opinion, that is one of the biggest sins the western church has indulged in. No longer are we amazed and grateful for God intervening in our lives in a personal way.

So I want to both challenge and encourage you.

Ask yourself the question. What are the things God has done for me? How have I placed in my life something that will cause me to remember that?

How am I passing my story of God’s power and might down to my children and grandchildren?

Where are my stones of remembrance?

BTW, if you are a pastor or a church leader. This makes a great sermon on the stones of remembrance. 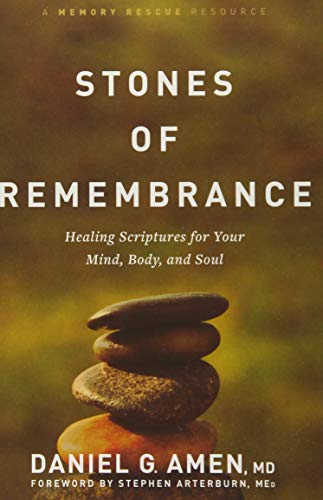 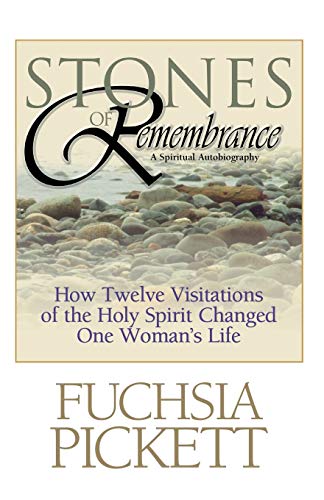 Amazon.com
Stones of Remembrance: How Twelve Visitations of the Holy Spirit Changed One...
$12.99
See Details 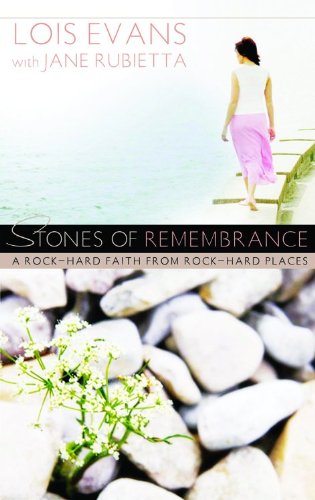