Who Was Smith Wigglesworth?

Smith Wigglesworth is considered one of the most influential Spirit-filled evangelists in early Pentecostalism and is also credited with helping give the movement a large audience.

Raised a Methodist, he became a born-again Christian at age eight.

His grandmother was a devout Methodist; his parents, John and Martha, were not practicing Christians although they took young Smith to Methodist and Anglican (Episcopalian) churches on regular occasions.

He was confirmed by a Bishop in the Church of England, baptized by immersion in the Baptist Church and had the grounding in Bible teaching in the Plymouth Brethren while learning the plumbing trade as an apprentice from a man in the Brethren movement.

He abandoned this trade because he was too busy for it after he started preaching.

In 1907 Wigglesworth visited Alexander Boddy during the Sunderland Revival and following a laying-on of hands from Alexander’s wife Mary Boddy he experienced speaking in tongues.

Wigglesworth learned to read after he married his wife Polly; she taught him to read the Bible.

He often stated that it was the only book he ever read and did not permit newspapers in his home, preferring the Bible to be their only reading material.

Wigglesworth believed that healing came through faith, and he used various methods in healing the sick.

Once forbidden to lay hands on congregation members by the governmental authorities in Sweden, he told people to put hands on themselves.

He also practiced anointing with oil and the distribution of prayer handkerchiefs (one of which was sent to King George V). Wigglesworth sometimes attributed ill-health to demons.

Wigglesworth continued to minister up until the time of his death on March 12, 1947.

“Fear looks; faith jumps. Faith never fails to obtain its object. If I leave you as I found you, I am not God’s channel. I am not here to entertain you, but to get you to the place where you can laugh at the impossible.”

“If it is in the Bible, it is so. It’s not even to be prayed about. It’s to be received and acted upon. Inactivity is a robber which steals blessings. Increase comes by action, by using what we have and know. Your life must be one of going on from faith to faith.”

“REPEAT IN YOUR HEART OFTEN”BAPTIZED WITH THE HOLY GHOST AND FIRE, FIRE, FIRE!” ALL THE UNCTION, AND WEEPING, AND TRAVAILING COMES THROUGH THE BAPTISM OF FIRE, AND I SAY TO YOU AND SAY TO MYSELF, PURGED AND CLEANSED AND FILLED WITH RENEWED SPIRITUAL POWER.” “WHO MAKETH HIS MINISTERS A FLAME OF FIRE.” HEB. 1:7

“HOW CAN ONE COME TO POSSESS GREAT FAITH? NOW LISTEN, HERE IS THE ANSWER TO THAT: FIRST, THE BLADE, THEN THE EAR, THEN THE FULL CORN IN THE EAR. FAITH MUST GROW BY SOIL, MOISTURE, AND EXERCISE.”

“HOW GREAT IS THE POSITION OF THE MAN WHO IS BORN OF GOD, BORN OF PURITY, BORN OF FAITH, BORN OF LIFE, BORN OF POWER!”

“IF YOU ARE IN THE SAME PLACE TODAY AS YOU WERE YESTERDAY, YOU ARE A BACKSLIDER.”

“IF YOU WANT TO INCREASE IN THE LIFE OF GOD, THEN YOU MUST SETTLE IT IN YOUR HEART THAT YOU WILL NOT AT ANY TIME RESIST THE HOLY SPIRIT. THE HOLY GHOST AND FIRE – THE FIRE BURNING UP EVERYTHING THAT WOULD IMPOVERISH AND DESTROY YOU.”

“I DON’T EVER ASK SMITH WIGGLESWORTH HOW HE FEELS!” I JUMP OUT OF BED! I DANCE BEFORE THE LORD FOR AT LEAST 10 TO 12 MINUTES – HIGH SPEED DANCING. I JUMP UP AND DOWN AND RUN AROUND MY ROOM TELLING GOD HOW GREAT HE IS, HOW WONDERFUL HE IS, HOW GLAD I AM TO BE ASSOCIATED WITH HIM AND TO BE HIS CHILD.”

What do you think of these Smith Wigglesworth quotes? Please leave a comment below. 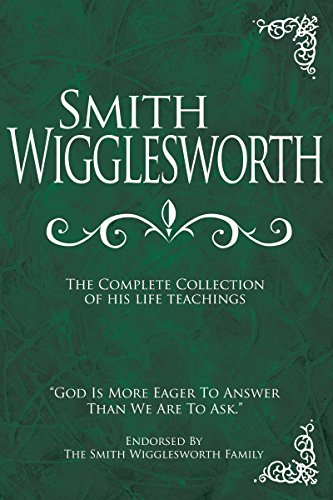 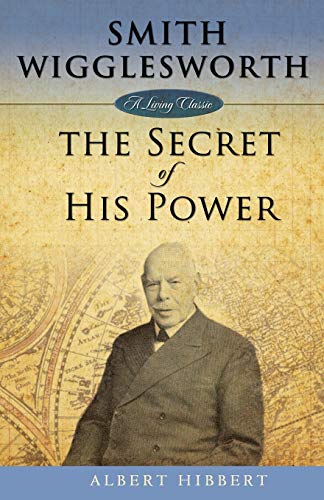 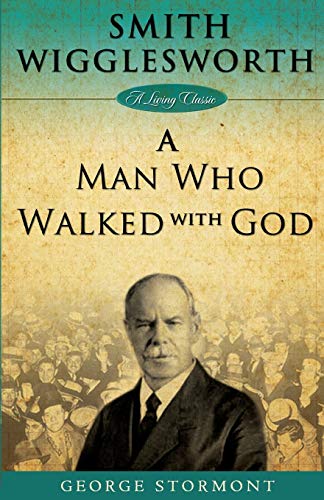 How To Grow Your Faith [6 Faith Building Tips]

Are you wanting to learn how to have more faith? These tips on how to grow your faith will help you strengthen your faith in the Lord. Bible Study: Will God Help Me With My Unbelief?

Have you ever prayed “Lord, I believe; help my unbelief!” Learn how God will help you overcome unbelief in this informative article. How To Start Living By Faith According To The Bible What Does It Mean To Have Authentic Faith?

Authenticity is important in your spiritual life. Learn what it means to have authentic faith in this insightful article.

Tom Hanks – The Heartbreaking Journey That Deepend His Faith In God

Read Tom Hanks personal testimony of his faith in Christ Faith – you can’t smell, touch, or see it yet it is real. We all need more faith. Read these Christian quotes about faith to increase yours.