Early in my Christian life while I was starting the first church that I started, I had a district leader make a statement that stuck with me all throughout my life.

“I am not sure if you have holy ambition or are wholly ambitious.”

That sent me down a path of self-discovery that eventually led to my belief in pursuing servanthood and obscurity rather than climbing the ecclesiastical corporate ladder.

So let me share with you what I believe is a biblical mandate for promotion compared to what is accepted as the normal way within the church and the world.

But the LORD said to Samuel, “Do not look at his appearance or at his physical stature, because I have refused him. For the LORD does not see as man sees; for man looks at the outward appearance, but the LORD looks at the heart.”

Whether in the corporate world or in the church world man looks at things like ability, charisma, track records, and resumes, education, and marital status.

Those things include servanthood, faithfulness, and character.

Let me share with you a few scriptures that show what I am talking about.

The Least Shall Be Greatest

The whole mentality of the corporate world and much of the church world is that we climb up to have the best position.

The same mentality is true in the church.

People want the pastor’s job, or the bishop’s job or they want to have the largest church, biggest budget or the prominent speaking position at the denominational conference.

Whatever it is, they are trying to get to the top.

Jesus said that it was to be different from us as believers. We were to seek to be least not greatest.

With this kingdom principle, we should be seeing people flock to small churches, small communities, and countries with the least amount of income, but we don’t.

It was for this reason that after I heard the word that I felt was from God concerning being wholly ambitious, that I chose to go where most people did not want to go.

I went to rural Nevada.

I chose to seek obscurity and servanthood that only God saw.

And the things that you have heard from me among many witnesses, commit these to faithful men who will be able to teach others also.

Notice here that faithfulness comes before the ability to teach.

In today’s world, we look at ability before we look at character. It is the reason we have such a problem with our leaders falling into moral failure.

King David, who was anointed King of Israel, was tested in his faithfulness before God ever promoted him to his kingship.

Saul was jealous of David and the favor that God was giving him and set out to kill him.

David could have self-promoted and rose up against Saul and the people would have followed him but David chose not to self-promote and let God handle the promotion business.

He remained faithful to Saul as the rightful King at that time even though Saul was not acting or behaving in a manner that was pleasing to God.

As believers, we have to choose not to self-promote.

We have to decide that we are going to allow God to raise us up if that is His plan.

A Servant Of All

For though I am free from all men, I have made myself a servant to all, that I might win the more;

Instead, they give their lives for the sake of others.

That means that they try to help other people achieve what God has called them to do and not try to capitalize on what others can do for them.

You do not know how many people I have worked with that have been hurt and wounded by the church because they have been used to promote somebody else and their agenda.

They serve and give and then the leader, as soon as they think the person is no longer needed or is no longer useful to them, casts them off and discards them, and leaves them hanging.

This is absolutely the wrong attitude and model of leadership. Jesus said this…..

“For even the Son of Man did not come to be served, but to serve, and to give His life a ransom for many.”

The model for biblical leadership and promotion is one of giving, not taking. There is no room for self-promotion in giving. It is not about us, it is about others.

It is these types of things that God is looking for in order to promote people to places of leadership.

It is these types of things that will cause Him to give more trust and authority and anointing to someone.

Then He said to them, “Take heed what you hear. With the same measure you use, it will be measured to you; and to you who hear, more will be given.

What will you do?

Will you trust God to promote you in His time and according to His will or are you going to use the world’s methods of promotion?

Are you going to self-promote, or allow God to promote? 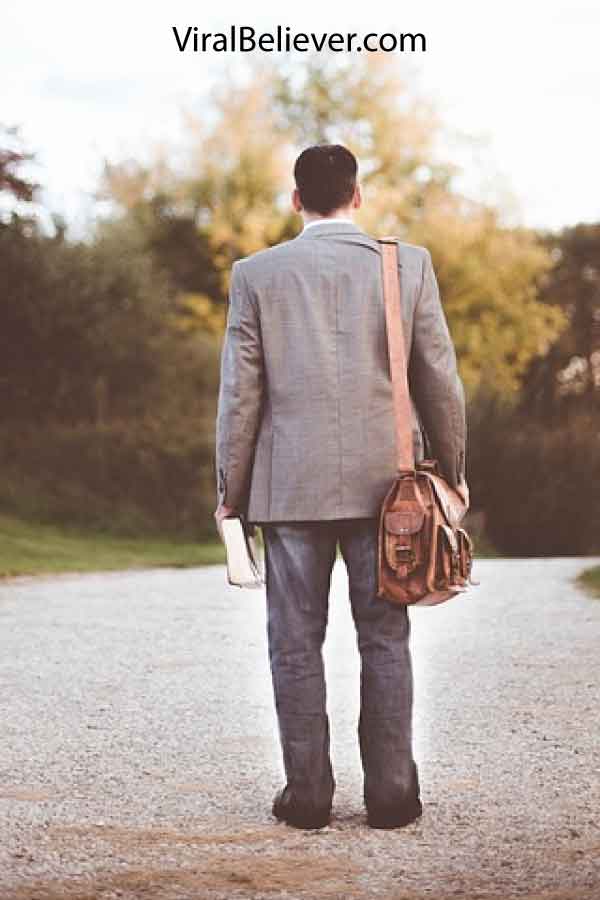