What Are The Biblical Signs Of The Second Coming Of Jesus?

The Bible teaches that Jesus will return a second time. Find out if there are signs today pointing to the second coming of Jesus to this world
Spread the love

When Jesus Christ’s disciples asked Him about when He would return and what the end times would look like, their focus was not solely on the complete destruction of the earth and all semblance of civilization.

They had in mind the end of the age of secular human governmental rule (the Greek word translated “world” is aion, meaning “age”) and the beginning of a distinctly opposite age ruled by Jesus Christ as king, a reign identified in other parts of the scripture as “the kingdom of God.”

Jesus replied with many surrounding circumstances and conditions that we would see preceding His return. They included such things as deception, wars, famines, disease epidemics, earthquakes, and religious persecution, all ultimately peaking in an unparalleled time of global chaos.

We have already seen and experienced these types of events in the 20th and 21st centuries. The wars, rumors of war, civil unrest, antisemitism, and the increase in earthquakes and natural disasters are all excellent examples.

However, if we understand the prophecies of Scripture correctly, what we have seen is only the tip of the iceberg. (Matt. 24: 3-29)

Just before the second coming of Jesus, he talks of the signs by saying in Luke 21:10-11,

25 “AND THERE WILL BE STRANGE SIGNS IN THE SUN, MOON, AND STARS. AND HERE ON EARTH THE NATIONS WILL BE IN TURMOIL, PERPLEXED BY THE ROARING SEAS AND STRANGE TIDES. 26 PEOPLE WILL BE TERRIFIED AT WHAT THEY SEE COMING UPON THE EARTH, FOR THE POWERS IN THE HEAVENS WILL BE SHAKEN. 27 THEN EVERYONE WILL SEE THE SON OF MAN COMING ON A CLOUD WITH POWER AND GREAT GLORY. 28 SO WHEN ALL THESE THINGS BEGIN TO HAPPEN, STAND AND LOOK UP, FOR YOUR SALVATION IS NEAR!”

YOU SHOULD KNOW THIS, TIMOTHY, THAT IN THE LAST DAYS THERE WILL BE VERY DIFFICULT TIMES. 2 FOR PEOPLE WILL LOVE ONLY THEMSELVES AND THEIR MONEY. THEY WILL BE BOASTFUL AND PROUD, SCOFFING AT GOD, DISOBEDIENT TO THEIR PARENTS, AND UNGRATEFUL. THEY WILL CONSIDER NOTHING SACRED. 3 THEY WILL BE UNLOVING AND UNFORGIVING; THEY WILL SLANDER OTHERS AND HAVE NO SELF-CONTROL. THEY WILL BE CRUEL AND HATE WHAT IS GOOD. 4 THEY WILL BETRAY THEIR FRIENDS, BE RECKLESS, BE PUFFED UP WITH PRIDE, AND LOVE PLEASURE RATHER THAN GOD. 5 THEY WILL ACT RELIGIOUS, BUT THEY WILL REJECT THE POWER THAT COULD MAKE THEM GODLY. STAY AWAY FROM PEOPLE LIKE THAT!.

According to this, the problem is not communication or being more relevant. The cause of increasing immorality is merely an increase in pride and sinfulness; a decrease in their love and desire for God.

3 FOR A TIME IS COMING WHEN PEOPLE WILL NO LONGER LISTEN TO SOUND AND WHOLESOME TEACHING. THEY WILL FOLLOW THEIR OWN DESIRES AND WILL LOOK FOR TEACHERS WHO WILL TELL THEM WHATEVER THEIR ITCHING EARS WANT TO HEAR. 4 THEY WILL REJECT THE TRUTH AND CHASE AFTER MYTHS.

I would say that with the rise of “Safe Spaces” and “Trigger Words” that this is becoming more and more obvious. With the rise in the belief in “relative truth” instead of “objective truth” everyone chases after myths.

Peter has a fantastic revelation. Here we have an untrained and uneducated fisherman making a prediction that is way beyond simple education. He predicts what we see in our world today.

3 MOST IMPORTANTLY, I WANT TO REMIND YOU THAT IN THE LAST DAYS SCOFFERS WILL COME, MOCKING THE TRUTH AND FOLLOWING THEIR OWN DESIRES. 4 THEY WILL SAY, “WHAT HAPPENED TO THE PROMISE THAT JESUS IS COMING AGAIN? FROM BEFORE THE TIMES OF OUR ANCESTORS, EVERYTHING HAS REMAINED THE SAME SINCE THE WORLD WAS FIRST CREATED. ” 5 THEY DELIBERATELY FORGET THAT GOD MADE THE HEAVENS LONG AGO BY THE WORD OF HIS COMMAND, AND HE BROUGHT THE EARTH OUT FROM THE WATER AND SURROUNDED IT WITH WATER. 6 THEN HE USED THE WATER TO DESTROY THE ANCIENT WORLD WITH A MIGHTY FLOOD. 7 AND BY THE SAME WORD, THE PRESENT HEAVENS AND EARTH HAVE BEEN STORED UP FOR FIRE. THEY ARE BEING KEPT FOR THE DAY OF JUDGMENT, WHEN UNGODLY PEOPLE WILL BE DESTROYED.

What does Peter reveal about the blindness of these scoffers?

They willfully forget. (vs. 5) The worldview in the minds of unbelievers resists the idea of the intervention of God in human affairs. Their problem is spiritual vs. physical. They reject the idea that there is more than what they can experience with their five natural senses. This is a matter of the will, and the unbeliever remains deliberately opposed to any other idea.

The Second Coming Of Jesus In The Rest Of The Bible

The Prophet Daniel On The Second Coming Of Jesus

9 BUT HE SAID, “GO NOW, DANIEL, FOR WHAT I HAVE SAID IS KEPT SECRET AND SEALED UNTIL THE TIME OF THE END. 10 MANY WILL BE PURIFIED, CLEANSED, AND REFINED BY THESE TRIALS. BUT THE WICKED WILL CONTINUE IN THEIR WICKEDNESS, AND NONE OF THEM WILL UNDERSTAND. ONLY THOSE WHO ARE WISE WILL KNOW WHAT IT MEANS.

Daniel is told that people will not understand all the prophecies until the end times come.

7 Signs Of The Tribulation In The Book Of Revelation

As you can see, many of the signs we see today point to the imminent second coming of Jesus Christ. Why not accept Jesus as your Lord and Savior today and be forgiven of all your sins and secure your entry into heaven today?

Just go to the website Peace With God and start your new life in Christ.

Read how you can be prepared for when Jesus comes back here. 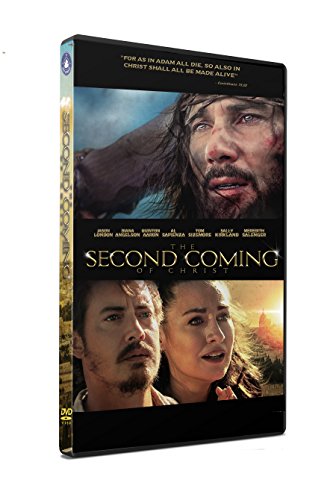 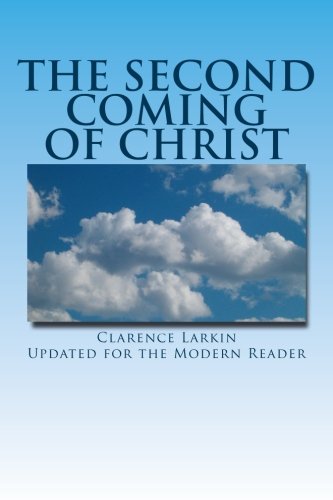 Amazon.com
The Second Coming of Christ: Updated for the Modern Reader
$6.95
See Details 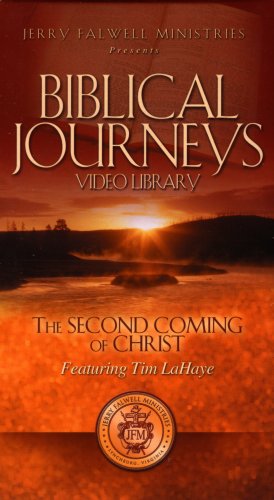 How Should Christian Trump Supporters Live If Joe Biden Wins?

How should the church respond if Joe Biden wins the court battles over the 2020 elections?

Dealing With Divorce During The Holidays – Putting Your Children First

With the holidays approaching many divorced parents struggle with dealing with the other parent of their kids. Learn how to make the best situation for your kids in this informative article.

Staying On The Right Path With God

Rooted And Grounded In Love – A Sermon

A sermon on being rooted and grounded in love by Pastor Duke Taber shared at Mesquite Worship Center in Mesquite NV.

How Can Christians Respond To The Coronavirus And Other Pandemics?

Spread the loveWe the People… “We the People of the United States, in order to form a more perfect Union, establish Justice, insure domestic Tranquility, 17 Bible Verses About Peace To Calm The Storms Of Life

The Bible promises you can have peace beyond understanding. Read these Bible verses about peace and find the peace of God in your storm.