Greater Works Than These – Everyday Christians Doing The Works Of God

Greater Works Than These

Many times I take the sermons that I share at the Vineyard Christian Fellowship of Pine Haven and turn them into blog posts and articles that I publish in my weekly column in the Moorcroft Leader.

Yesterday I shared this sermon on everyone gets to play taken from Mark’s gospel chapter 6 and verses 7-13. It is one of the examples of the fact that we are privledged to do the works of God.

It is strong value of mine that I use in both my technique of growing solid and healthy believers and for releasing people to do the things that Jesus did. He said we would do greater works than these.

John 14:12
“I tell you the truth, anyone who believes in me will do the same works I have done, and even greater works, because I am going to be with the Father.

The term everyone gets to play was coined by John Wimber back in the beginnings of the Vineyard movement. He wrote a book by that title. That book along with Jerry Cook’s book called Love, Acceptance, and Forgiveness are probably the two most influential books concerning how to make disciples in my life, and they have formed how I pastor today.

So come on a journey with me and let me show you why it is so important that everyone gets to play.

Christianity is Not a Spectator Sport

7 And he called his twelve disciples together and began sending them out two by two, giving them authority to cast out evil[a] spirits. 8 He told them to take nothing for their journey except a walking stick—no food, no traveler’s bag, no money.[b] 9 He allowed them to wear sandals but not to take a change of clothes.

10 “Wherever you go,” he said, “stay in the same house until you leave town. 11 But if any place refuses to welcome you or listen to you, shake its dust from your feet as you leave to show that you have abandoned those people to their fate.”

12 So the disciples went out, telling everyone they met to repent of their sins and turn to God. 13 And they cast out many demons and healed many sick people, anointing them with olive oil.

The Goal Of Christianity Is Not Knowledge, It Is Doing The Works Of God

Jesus had been spending time teaching the disciples the principles of the kingdom of God. Now He is releasing them to start doing what He has been showing them.

Many times in today’s society we raise up people who are good and imparting knowledge and feel they are real spiritual because of the gift they have for teaching but teaching is incomplete if you do not bring people beyond the point of knowing to the point of doing.

Everyone get’s to play because everyone is given the power and authority to do the works of Jesus.

There is a common myth that taught that only the 12 Apostles had the power and authority to do the works of Jesus as seen in the New Testament.

However, if you look at the Biblical texts concerning Jesus giving power and authority to do His works, this myth is debunked.

In Luke’s gospel chapter 10 you will see that He not only gave this power and authority to the 12 Apostles but he gave it to 72 disciples and in Mark’s gospel chapter 16 and verse 15 it says that all believers will have this type of power.

So what we need to do is to learn how to use this power and authority to do the works that Jesus did. This takes a willingness to be a learner.

Many times we think we have arrived and stop being willing to learn new things. We get a few Bible verses memorized, listen to a few sermons and we think we have this Christianity thing down.

Since Christianity is a relationship and not a religion, I am constantly looking for new insight on how to learn to be more like Jesus.

Those that get to play must learn a lifestyle of dependency on His provision.

Notice that Jesus told them to not take anything extra for their trip. I believe this is because they needed to learn to have their focus on God’s provision and not their own. A lifestyle that focuses on the Lord’s ability and provision increases your capacity to hold the power.

Almost a year ago I was faced with the challenge of having to choose between pastoring the church I am pastor of, or working a full-time secular job. I just was not physically able to do both anymore.

I had to learn how to be more focused on the Lord’s ability and provision rather than on my own ability and strength. As the people in my congregation can attest to, and what the mirror severely reveals, I have not missed many meals. LOL! He has provided!

When we keep our focus on the fact that it is His power, and His ability and not ours, we are then released and everyone get’s to play.

They must develop a lifestyle of dependence upon His ability and provision.

I want to just encourage all of you that you once again become a learner. It will take time and you will make mistakes but that is why we live in an age of grace isn’t it?

So get out of the bleachers and focus on becoming a doer of the word and not just a hearer and you might just find out that when everyone gets to play that Christianity becomes fun to be a part of! 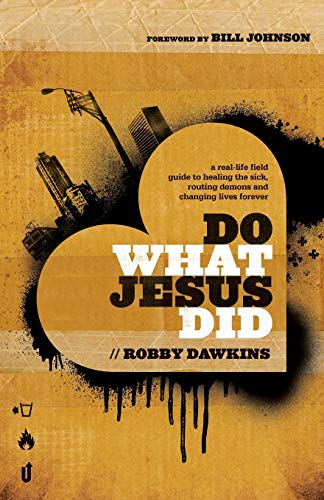 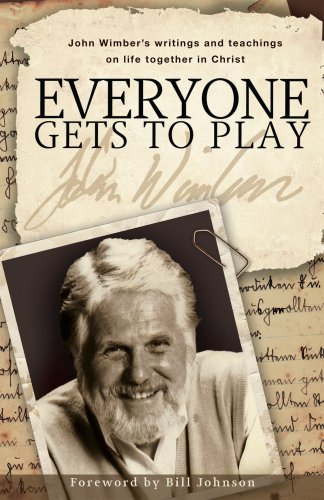 Amazon.com
Everyone Gets to Play
$14.99
See Details 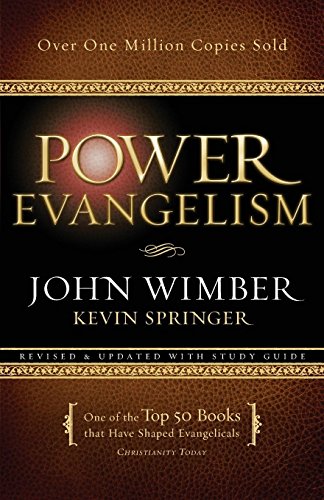