Who Was Evan Roberts?

Evan Roberts was born and reared in a Welsh Calvinist Methodist family on the Glamorgan-Carmarthenshire border. As a youth, he was unusually serious and hardworking in his Christian life. He recited Bible verses and went to Moriah Chapel, which was about a mile from his house, every day as a boy.

At the age of six, he had an encounter with God. He later stated, “I resolved that I would have the Spirit. And I went to meetings… for ten or eleven years, I’ve been praying for a revival… It was the Holy Spirit who inspired me to consider a revival.”

He went to Newcastle Emlyn Preparatory School, where he studied for the ministry, as a young man after working in the coal mines and then as a smithy. It was 1903, and he was 25 years old.

He sought the Lord for more of His Spirit at this time. He thought he would be baptized in the Holy Spirit, and his bed shook when his requests were answered. The Lord began to wake him up at 1 a.m. for divine fellowship when he would pray for four hours before returning to bed for another four hours of sleep.

Evan Roberts was moved to return home and hold meetings with the young people of Loughor, which he did. He began the gatherings with prayer for the outpouring of the Holy Spirit on Moriah, obtaining permission from the minister. The meetings grew in size, with strong pulses of intercession sweeping over those present.

These Evan Roberts Quotes are from the great Welsh revival that sprung from that early meeting in Loughor.

“What we need is a fresh vision of the Cross. And may that mighty, all-embracing love of His be no longer a fitful, wavering influence in our lives, but the ruling passion of our souls.”

“Begin to try and teach along that line; instead of treating our congregations as congregations to be instructed ever in holy things, treat them as men and women that are to be persuaded to holy things, and consecration, and Jesus Christ.”

“Why should I teach when the Spirit is teaching? What need have these people to be told that they are sinners? What they need is salvation. Do they not know it? It is not knowledge that they lack, but decision—action. And why should I control the meetings? The meetings control themselves, or rather the Spirit that is in them controls them.”

“But one night, after I had been in great distress praying about this, I went to sleep, and at one o’clock in the morning suddenly I was waked up out of my sleep, and I found myself with unspeakable joy and awe in the very presence of the Almighty God. And for the space of four hours I was privileged to speak face to face with Him as a man speaks face to face with a friend. At five o’clock it seemed to me as if I again returned to earth.”

“The revival is borne along upon billowing waves of sacred song. It is the singing, not the preaching, that is the instrument which is most efficacious in striking the hearts of men.”

“Now, what effect is this work producing upon men? First of all, it is turning Christians everywhere into evangelists.”

“The pit ponies, like the American mules, having been driven by oaths and curses since they first bore the yoke, are being retrained to do their work without the incentive of profanity.”

“I have found what I believe to be the highest kind of Christianity. I want to give my life, God helping me, to lead others, many others, to find it. Many have found it already, thank God, and they are doing what I am doing, in a large or little way, as God gives them light. And that is all there is to the revival, and all there is to me, my friend.”

“The story of the very first outbreak of the Revival traces it to the trembling utterance of a poor Welsh girl, who, at a meeting in a Cardigan village, was the first to rise and testify. “If no one else will, then I must say that I love the Lord Jesus Christ with all my heart.”Evan Roberts

“I have tried to talk out of the tremendous sense that God is abroad, and I talk out of the desire that I cannot express – that somewhere, some when, somehow, He may put out his hand, and shake this city for the salvation of men.”

“There is nothing to which the most fastidious could object; men and women, old and young, take part, but there is no confusion, and when feeling is overpowering there is deep silence; but the tears are tears of joy, for it is of Calvary we sing and to Calvary we look. There are two things that used to be indispensable to us which we can do without now – a clock and an organ.”

Evan Roberts And The Welsh Revival

The meetings then followed wherever Evan felt led to go, with most of the participants being women and the girls beginning sessions with passionate intercession, begging for God’s forgiveness and offering testimony.

Evan was frequently seen kneeling on the floor, begging for God’s forgiveness with tears streaming down his cheeks. The throngs would come and be overwhelmed by the Spirit’s power.

In all of the meetings, spontaneous prayer, confession, testimony, and song erupted. Evan or his team would go up to individuals in spiritual distress and urge them to give their lives to Christ. There were no musical instruments played, and if there was speaking, it wasn’t delivered through a microphone. Thousands of people nevertheless came flocking to the meetings

The meetings frequently went late into the night. After a day of work, Evan and his crew would depart for home, sleep for about two to three hours, and return to the pit head at 5 a.m., urging on the miners who had just completed night duty to attend chapel services.

The revival spread like wildfire all over Wales. Other leaders also experienced the presence of God. Hundreds of overseas visitors flocked to Wales to witness the revival and many took revival fire back to their own land.

Overall, God gave Evan the 100,000 souls that he asked for and many more. Those who took what they received at the Welsh revival gave birth to the Azusa Street revival in 1906. 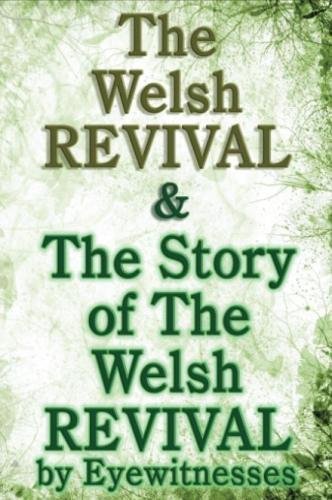 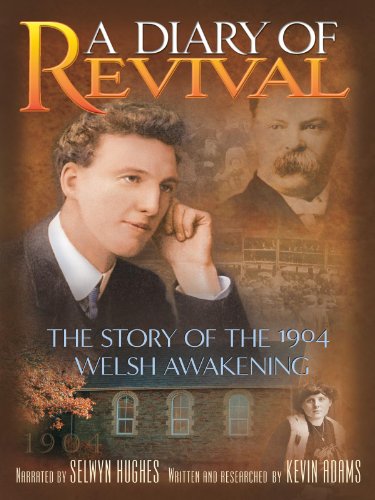 Amazon.com
The Awakening in Wales: A First-Hand Account of the Welsh Revival of 1904...
$6.99
See Details