Does the Bible say the world will end?

Recently there has been a lot of interest in what the Bible says about the end of the world.

With all the turmoil happening in the world and especially in the world of politics and new age prophecies, people have once again been looking to see what the Bible really does say about the end times and the future of mankind.

I have found in my 32 years of being a believer that the Bible is not all that hard of a book to understand if you personally know the author.

The problems that people have with interpreting the Bible when it comes to the end of the world is that they make it harder than it really has to be with things like secret codes, interpreting what prophets of old saw in visions with the latest gadgets that modern science has come up with, and taking a preconceived idea and then going to the Bible to prove their viewpoint rather than just letting the Bible speak for itself.

So let’s take a look at what the Bible says concerning if the world will end, shall we?

Does the Bible say the world will end?

Jesus makes it pretty clear that there will be an end to this world.

Matthew 13:36-43
Parable of the Wheat and Weeds Explained
36 Then, leaving the crowds outside, Jesus went into the house. His disciples said, “Please explain to us the story of the weeds in the field.”37 Jesus replied, “The Son of Man is the farmer who plants the good seed. 38 The field is the world, and the good seed represents the people of the Kingdom. The weeds are the people who belong to the evil one. 39 The enemy who planted the weeds among the wheat is the devil. The harvest is the end of the world, and the harvesters are the angels. 40 “Just as the weeds are sorted out and burned in the fire, so it will be at the end of the world. 41 The Son of Man will send his angels, and they will remove from his Kingdom everything that causes sin and all who do evil. 42 And the angels will throw them into the fiery furnace, where there will be weeping and gnashing of teeth. 43 Then the righteous will shine like the sun in their Father’s Kingdom. Anyone with ears to hear should listen and understand!

You can see from this passage that Jesus answers the question of does the bible say the world will end.

That is an undeniable fact. Those that think otherwise are engaging in wishful thinking.

Even physical science can tell you that there will come a day that the world will end.

Everything is in a state of decay. Nothing lasts forever.

However, I think most people are most concerned with how the world will end and if they are prepared for that day should it happen in their lifetime.

Does the Bible Say How the World Will End?

Growing up as a kid I loved science fiction. I remember the great movies like “War of the Worlds” by H.G. Wells, and of course all the Godzilla movies! Man has always had a fascination with the end of the world and a cataclysmic catastrophe.

I believe we are born with an innate inner knowledge that the end of the world is going to come. The question is “how”?

Revelation 20:7-15
The Defeat of Satan
7 When the thousand years come to an end, Satan will be let out of his prison. 8 He will go out to deceive the nations—called Gog and Magog—in every corner of the earth. He will gather them together for battle—a mighty army, as numberless as sand along the seashore. 9 And I saw them as they went up on the broad plain of the earth and surrounded God’s people and the beloved city. But fire from heaven came down on the attacking armies and consumed them.
10 Then the devil, who had deceived them, was thrown into the fiery lake of burning sulfur, joining the beast and the false prophet. There they will be tormented day and night forever and ever.

The Final Judgment
11 And I saw a great white throne and the one sitting on it. The earth and sky fled from his presence, but they found no place to hide. 12 I saw the dead, both great and small, standing before God’s throne. And the books were opened, including the Book of Life. And the dead were judged according to what they had done, as recorded in the books. 13 The sea gave up its dead, and death and the grave[a] gave up their dead. And all were judged according to their deeds. 14 Then death and the grave were thrown into the lake of fire. This lake of fire is the second death. 15 And anyone whose name was not found recorded in the Book of Life was thrown into the lake of fire.

The Bible says that the end of the world will be one of fire. It will contain a battle, judgment, and penalty.

Now whether or not that fire is caused by a nuclear war, or God Himself throwing down lightning bolts is not the real issue here. The Bible clearly states that the world will end with fire.

It is foolishness to try to predict or get so consumed with the details that you miss the big picture.

The big picture is this. Satan and those who are deceived and misled by Him go to war with God and the people who serve God. There is a big battle, it ends very badly for Satan and all of those that do not have their names written in the book of life. It ends in fire.

Does the Bible Say What To Do To Prepare for the End of the World?

I live in Nevada. For those of you not familiar with the United States and its regions, I live in a region that is filled with people who are called survivalists. They think that if they get far enough out into the desert that they can escape the end of the world.

I just shake my head in wonder at some people’s thinking. Do they honestly think that they can escape by hiding in the rocks?  There will be no escape when the end of the world happens.

You will not be asked how faithful you were to attend church, or how much money you gave to the TV preacher. You will be asked only 1 question.

What did you do with my son Jesus?

You see, God gave each and every man a way to prepare for the end of the world. He gave them a way of escape. That way of escape comes through a personal relationship with Jesus Christ.

Revelation 3:20
20 “Look! I stand at the door and knock. If you hear my voice and open the door, I will come in, and we will share a meal together as friends.

So if you want to be prepared for the end of the world and not take any chances that it might happen during your lifetime then you need to start a personal relationship with Jesus. I urge you to do it today. You will not be disappointed. 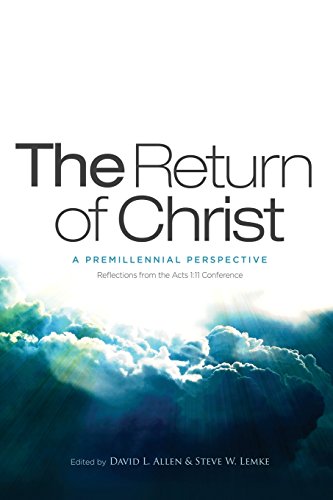 Amazon.com
The Return of Christ: A Premillennial Perspective
$24.99
See Details 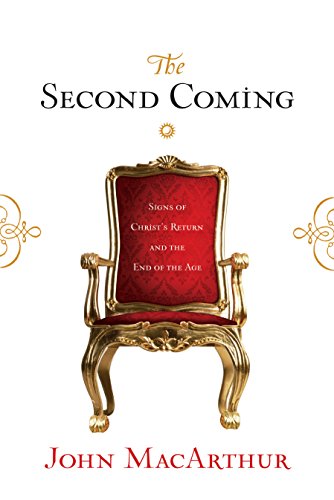 Amazon.com
The Second Coming: Signs of Christ's Return and the End of the Age
$21.99
See Details 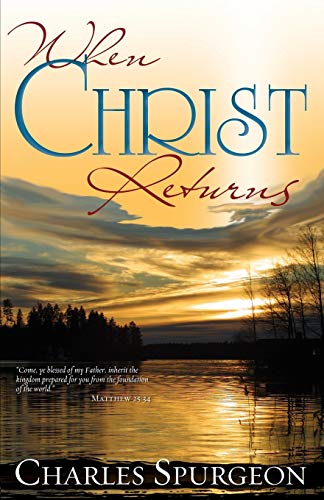 1 thought on “Does the Bible Say the World Will End?”