Why Do I Cherish a Culture of Honor?

My good friend and fellow minister, Phill Urena, was after me to read a book by Danny Silk, a pastor at Bethel Church in Redding California (thanks, Phill). The book is titled Culture of Honor: Sustaining A Supernatural Environment. As I read this book it reflected me back to my roots as a teen and as a young believer.

My parents were going through some denominational turmoil. The small denomination they were supported through as missionaries had leadership issues. The leadership of the denomination had its issues. But the real trial was going on in my parents’ hearts. As they would discuss their disgust with the way they were being treated I would often pipe in (teens do that) and say positive things about the leaders. And I wasn’t giving just lip service. I really did see the good in these men. And even today I cherish and honor their influence in my life. My parents were amazed at how I always was finding the good in people.

Flash forward these many years (around 30 now) I am now the “pastor”. As an idealistic teen I thought that honoring people was what we were suppose to do as Christians. There was no Danny Silk or Bethel or book called Culture of Honor back then. I hadn’t even read the New Testament through all the way. But I understood something back then that I am finding to be an absolute necessity now as an adult and especially as a pastor. A Culture of Honor.

But what does a Culture of Honor even look like? Where do I get that from? And how do I even implement it when there seems to be a true lack of honor that is abounding all around?

So if there is any encouragement in Christ, any comfort from love, any participation in the Spirit, any affection and sympathy, complete my joy by being of the same mind, having the same love, being in full accord and of one mind. Do nothing from selfish ambition or conceit, but in humility count others more significant than yourselves. Let each of you look not only to his own interests, but also to the interests of others. Have this mind among yourselves, which is yours in Christ Jesus, who, though he was in the form of God, did not count equality with God a thing to be grasped, but emptied himself, by taking the form of a servant, being born in the likeness of men. And being found in human form, he humbled himself by becoming obedient to the point of death, even death on a cross. Therefore God has highly exalted him and bestowed on him the name that is above every name, so that at the name of Jesus every knee should bow, in heaven and on earth and under the earth, and every tongue confess that Jesus Christ is Lord, to the glory of God the Father.

According to this passage in Philippians, a Culture of Honor would hold these types of characteristics: Encouragement. Love. Participation (specifically in the Spirit). Affection and sympathy. Single-mindedness. Loving the same. In full accord. Being of one mind. No selfish ambition or pride. Filled with humility. Counting others first and self second in terms of significance.

This type of self-sacrifice goes beyond my teenage ideals of finding the good in someone. It requires me to up the ante ever so slightly and now consider them more than myself. This kind of consideration makes it virtually impossible to make the mistake of trampling someone under foot. Granted, when Paul was writing this letter to Philippi he wasn’t experiencing it at all. Just look back at Philippians 1:17 where Paul says that some of the ministers “proclaim Christ out of rivalry, not sincerely but thinking to afflict me in my imprisonment”.

They were out to get Paul. They were doing the work of the Kingdom and the work of the enemy at the same time. Kind of a mind-blowing concept isn’t it? That some folks are actually in love with Jesus but so caught up in self that they have no problem with casualties of friendly fire. Friendly…now that is funny!

But look at how Paul responds to those folks. Philippians 1:18 says, “What then? Only that in every way, whether in pretense or in truth, Christ is proclaimed, and in that I rejoice”. Paul’s response to those who are dishonoring him is “What then?”. Or, as my daughter would say with sarcasm, “Whatever?”. Paul isn’t moved by their dishonor. Sure, it hurts. Sure, he would prefer that everyone operate in unity. In fact, the rest of the epistle to the church at Philippi is his plea for them to focus on not doing these things, but to find unity in the cause of the Kingdom. And the pathway to finding that unity is preferring one another.

Now, don’t misread what I am writing. I am not saying you just allow people to dishonor you and not point it out. In fact, isn’t that what Paul is doing here? He isn’t pointing fingers or calling names, but he is pointing out the characteristics that are dishonoring. And, I am sure that Paul, given the opportunity (he was imprisoned at the time) would practice Matthew 18 and go directly to them. We know that Paul did do this when he was bothered by something. His handling of John Mark and Peter in the book of Acts comes to mind.

As believers we have a choice in our responses. We can lash out or we can make peace. More often than not I find that if I temper my words, invite the Holy Spirit in to help me “bridle my tongue”, get my frustration out ahead of time, that by the time I reach the person who has offended me I either a) am over it or b) maintain an honoring attitude as I iron out this issue between us.

What I also like to practice (even though it is very hard at times) is 1 Corinthians 13. Most seasoned Christians know immediately that I am referring to the Love Chapter. We all know that this chapter is telling the reader that love is better than gifts and is the highest of Christian virtues. But taking a closer look it really helps us develop a sense of honor within.

“Love is patient and kind; love does not envy or boast; it is not arrogant or rude. It does not insist on its own way; it is not irritable or resentful; it does not rejoice in wrongdoing, but rejoices with the truth. Love bears all things, believes all things, hopes all things, endures all things. Love never ends.” (1 Corinthians 13:4-8)

Wow! Did you catch that last part? Love bears, believes, hopes and endures all things! How many things? ALL THINGS!!! Can you imagine a culture of believers that practiced the idea that no matter what a person’s actions that in fact that person really was intending good? Sure, we know that is idealistic. But I think Paul’s call for us to be idealistic reflects the heart of Jesus when he said, “Be holy as I am holy. Be perfect as I am perfect.”

Recently I was feeling anxious about some of the attitudes of some folks with whom I am involved in ministry. You know, the murmurers and complainers. I literally felt like I was going to lose it. I felt depressed. After dropping my kids off to school and heading into my other job (I am a group therapist for an addictions clinic) I started praying. Immediately the Holy Spirit impressed on me to flip Joyce Meyer on the radio. Not unusual for me to listen to her on my way to work, but I truly felt like the Spirit said to turn on the radio and listen to her. Joyce began to share how she was attacked all the time by the enemy. She shared how she has found this to be normal and her response is if she is being attacked spiritually then it means that she is a threat to the enemy.

As I contemplated her words I felt like the Holy Spirit said, “That is it for you”. As an addictions counselor I decided to start praying the Serenity Prayer over my situation. I prayed “God grant me the serenity (peace) to accept the things I cannot change”. Immediately I named the people that were causing me anxiety and stress. I continued my prayer “And the courage to change the things I can”. Well, the only thing I truly have power to change is my attitude.

I instantly realized that I needed to reorient my perspective on my first world church problems. I started remembering my brothers and sisters I visited in mainland China last March. One of them spent a decade and a half in prison for his faith. Many of them live out their faith knowing that the government is watching them and that they could be imprisoned at the whim of one bureaucrat. As I started to intercede for them and honor their persecution and risk for the Kingdom somehow I started feeling a lot better. Within the next hour I felt completely better.

You see, a Culture of Honor causes us to consider others more than ourselves. It tempers our attitude and allows love to reign. And, at the very least, it allows us to exist in a place where we have our hearts tuned into the Father’s heart who gives us the “ministry of reconciliation” (1Cor. 5:18).

And no one demonstrates this culture of honor more than Jesus. Think of all he did. I mean, just start with God coming to Earth and becoming a baby who poops on himself. (I know it is graphic, but just imagine for a moment.) Then this same baby grows up with a mother who was a “virgin” when she got pregnant and claims the Holy Spirit is the reason she is pregnant. Can you hear the “yeah, right” sarcasm coming from the neighbors. When he reaches adulthood he is referred to as “the carpenter’s son”, questioning his “right” to do the miracles and say the things he was saying.

He then further pushes the envelope of honoring others above himself by washing the feet of his disciples. This wasn’t just a religious act. In fact, the “religious” would not have stooped to do such a task. This was the job of a servant or a slave. And what was his message to his disciples who were jockeying for position when he became the king of heaven? “Humble yourselves, boys. The only way to be greater in the Kingdom of God is preferring others.”

This just doesn’t work in the world economy of survival of the fittest. Honoring others is foreign. It is strange. It is alien. But then again, “we are strangers and aliens” (1 Peter 2:11).

So, next time a brother or sister gets on your nerves or you feel pride rise up as someone else ‘gets ahead”, stop and give room for the Holy Spirit. Begin to pray for true humility. Prefer them to yourself. And begin the journey of a Culture of Honor. 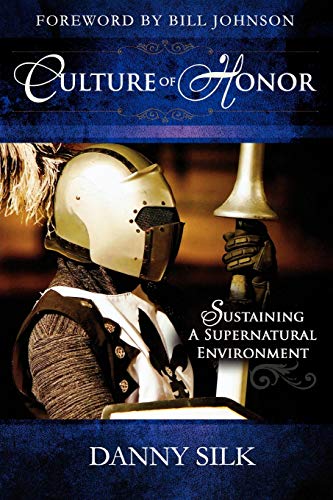 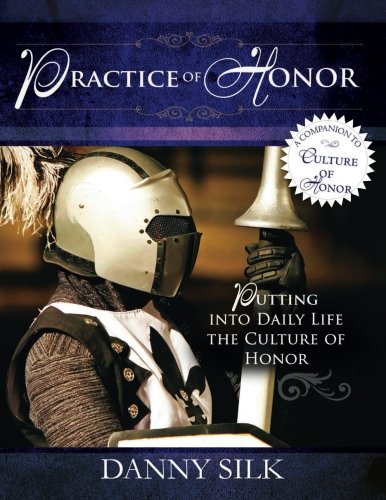 Amazon.com
The Practice of Honor: Putting Into Daily Life the Culture of Honor
$24.99
See Details 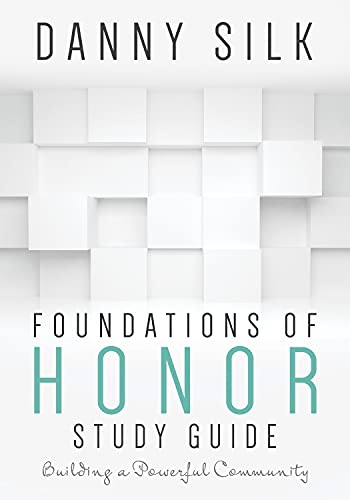