Writing Off an Unpayable Debt

Forgiveness is something that all of us struggle with at one point or another in our life.

These famous forgiveness quotes have helped thousands of people work through the issues of forgiveness.

Almost 20 years ago, a dear friend of mine shared with me that forgiveness is very similar to a bank writing off financial debt. Forgiveness is when we write off an emotional debt that cannot be paid off.

I think you will find all of these quotes concerning forgiveness to be really helpful in your spiritual life.

Now that is enough from me, on to the forgiveness quotes!

My Favorite Christian Quote About Forgivness

If you have ever seen a country church with a bell in the steeple, you will remember that to get the bell ringing you have to tug awhile. Once it has begun to ring, you merely maintain the momentum. As long as you keep pulling, the bell keeps ringing. Forgiveness is letting go of the rope. It is just that simple. But when you do so, the bell keeps ringing. Momentum is still at work. However, if you keep your hands off the rope, the bell will begin to slow and eventually stop.. – Corrie Ten Boom

The Power Of Forgiveness Quotes

Forgiveness doesn’t make the other person right, it makes you free. – Stormie Omartian

Forgiveness is the key which unlocks the door of resentment and the handcuffs of hatred. It breaks the chains of bitterness and the shackles of selfishness. – Corrie Ten Boom

We win by tenderness. We conquer by forgiveness. – Frederick W. Robertson

The most miserable prison in the world is the prison we make for ourselves when we refuse to show mercy. Our thoughts become shackled, our emotions are chained, the will is almost paralyzed. But when we show mercy, all of these bonds are broken, and we enter into a joyful liberty that frees us to share God’s love with others. – Warren W. Wiersbe

Forgiveness is the economy of the heart. Forgiveness saves the expense of anger, the cost of hatred, the waste of spirits. – Hannah More

Quotes On Being Forgiving In Relationships

I can forgive, but I cannot forget, is only another way of saying, I will not forgive. Forgiveness ought to be like a cancelled note – torn in two, and burned up, so that it never can be shown against one. – Henry Ward Beecher

To excuse what can really produce good excuses is not Christian charity; it is only fairness. To be a Christian means to forgive the inexcusable, because God has forgiven the inexcusable in you. This is hard. It is perhaps not so hard to forgive a single injury. But to forgive the incessant provocations of daily life – to keep on forgiving the bossy mother-in-law, the bullying husband, the nagging wife, the selfish daughter, the deceitful son – how can we do it? Only, I think, by remembering where we stand, by meaning our words when we say in our prayers each night, “Forgive us our trespasses as we forgive those who trespass against us.” We are offered forgiveness on no other terms. To refuse it means to refuse God’s mercy for ourselves. There is no hint of exceptions and God means what He says. – (Clive Staples) C. S. Lewis

Forgiveness is the only way to break the cycle of blame–and pain–in a relationship…It does not settle all questions of blame and justice and fairness…But it does allow relationships to start over. In that way, said Solzhenitsyn, we differ from all animals. It is not our capacity to think that makes us different, but our capacity to repent, and to forgive. – Philip Yancey

None of us are there yet, but if we each have this attitude, we will put to death our reactions to criticisms and offenses. And though we may still stumble, we will learn that carrying the cross is not merely dying to self; it is embracing the love of Christ that forgives the very ones who have crucified us, that the battle that comes against us has actually driven us into the embrace of God. – Francis Frangipane

Forgiveness is me giving up my right to hurt you for hurting me. – Anonymous

Quotes About Forgiveness Of Sins

God has cast our confessed sins into the depths of the sea, and He’s even put a ‘No Fishing’ sign over the spot. – Dwight L. Moody

Do you think that every time you make a mistake, He is mad at you and won’t talk to you…or that you must somehow make up for it?…Many Christians fail to experience real peace because they don’t understand that they are righteous in Christ. Until people stop living according to the way they feel and stand on who they are in Christ, they will never find true happiness. – Joyce Meyer

And you know, when you’ve experienced grace and you feel like you’ve been forgiven, you’re a lot more forgiving of other people. You’re a lot more gracious to others. – Rick Warren

God pardons like a mother, who kisses the offense into everlasting forgiveness. – Henry Ward Beecher

It’s Satan’s delight to tell me that once he’s got me, he will keep me. But at that moment I can go back to God. And I know that if I confess my sins, God is faithful and just to forgive me. – Alan Redpath

Forgiveness Quotes From The Bible

Oh, what joy for those whose disobedience is forgiven, whose sin is put out of sight!

Though we are overwhelmed by our sins, you forgive them all.

21 Then Peter came to him and asked, “Lord, how often should I forgive someone who sins against me? Seven times?” 22 “No, not seven times,” Jesus replied, “but seventy times seven!

Instead, be kind to each other, tenderhearted, forgiving one another, just as God through Christ has forgiven you.

You can find more Bible verses about forgiving yourself and others here.

9 Pray like this:Our Father in heaven,may your name be kept holy.10 May your Kingdom come soon.May your will be done on earth,as it is in heaven.11 Give us today the food we need,12 and forgive us our sins,as we have forgiven those who sin against us.13 And don’t let us yield to temptation,but rescue us from the evil one.14 “If you forgive those who sin against you, your heavenly Father will forgive you. 15 But if you refuse to forgive others, your Father will not forgive your sins.

Finding The Grace To Forgive Others And Yourself

I hope that you have enjoyed these forgiveness quotes and sayings. It is my prayer that God has used these quotes to speak to your heart, and given you the grace to release those you are struggling to forgive, even if that person is yourself.

If you have never received forgiveness from God or you need to once again get your heart right with God then I encourage you to do so today by going to the Peace With God website to start a brand new relationship with God and receive the forgiveness He offers.. 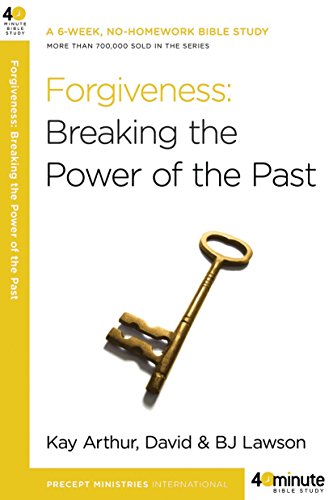 Amazon.com
Forgiveness: Breaking the Power of the Past (40-Minute Bible Studies)
$7.99
See Details 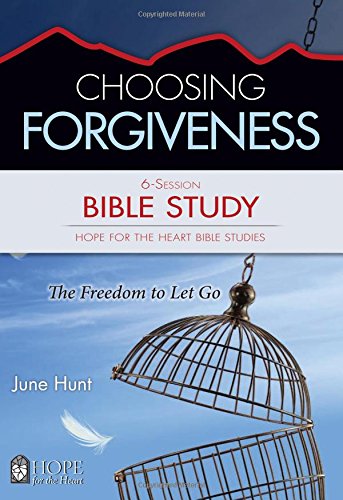 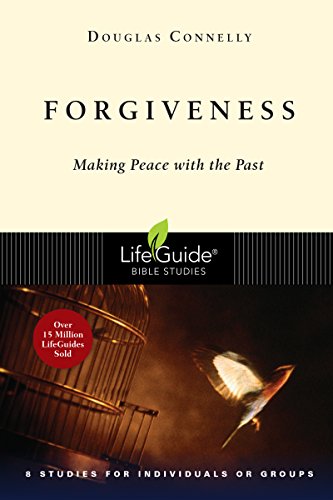