As a pastor, I have had more than one occasion where I have been asked to minister to families that have been tragically wounded by all the issues that surround them when somebody they love has taken their own life.

The topic of suicide is not addressed very often in Christian circles, and when it is, it is usually coupled with very emotional responses that are not reasoned out very well.

It seems that we see an epidemic of suicides in Christian circles recently, so I want to venture into this topic and try to bring a reasoned and grace-filled response to the question. “Did they miss heaven?” What does the Bible say about suicidal death?

My Personal Experience Dealing With The Issue Of Suicide

Let me start by sharing that I have not been immune to this type of tragedy.

At age 18, my father is suspected of committing suicide.

It was the early 80’s, and AIDS had just started being widespread. He engaged in a lifestyle of drugs and promiscuous sex and so was living a high-risk lifestyle.

The last picture that I have of him looks exactly like people who came down with full-blown AIDS.

Because of this, my family suspects that when he found out, he took his own life.

The first funeral that I officiated at was of a high school friend who suffered from schizophrenia and ended up taking his life because the voices in his head told him that he was the anti-christ.

My friend had accepted Jesus at my church, and I truly believe that he was born again.

Unfortunately, due to the drug use earlier in his life, he had also become mentally ill.

About ten years ago, my uncle, who pastored a church faithfully for 25 years, took his own life.

He had suffered a nervous breakdown and never fully recovered.

He was my mentor, friend, and father in the faith. I am confident that he had a personal relationship with Jesus.

Many people will look at these types of situations and have a knee-jerk reaction. It will be based on emotion rather than on reason and grace.

In my father’s case, I believe he made his choice. I know that he knew the gospel and that God wanted a relationship with him.

I don’t believe that he accepted that offer.

With my uncle and my friend, the choice had been made to accept that offer. They were Christians by any definition of the word.

So the question is; did their suicide cause them to go to hell?

Did they miss heaven?

This is a doctrine that is taught in many churches, both Catholic and Protestant.

Do Christians Who Commit Suicide Lose Their Salvation?

Without getting into the whole argument on Calvinism Vs. Arminianism I want to address the reasons why some would say that a person who commits suicide can’t get into heaven.

The Catholics believe that there are degrees of sins. They are called cardinal and venial sins. For those of us that are not Catholic, that means “sins unto death” and “sins not unto death.”

In other words, big sins and little sins.

Catholics believe that murder, including self-murder, is a sin unto death, meaning that they lose their state of grace and fall under eternal damnation.

So in this case, since there is no way for the person to repent and receive grace again, the person loses their salvation.

I am not a Catholic theologian, so I ask that you that are Catholic forgive me if I did not explain it correctly. I did the best that I could.

For Protestants who operate under a more Arminian theology, they believe that if we have unconfessed sin, that sin is not forgiven and thus someone who commits self-murder has sinned and does not have the grace of God extended to that sin. Thus they have lost their salvation. Only those with confessed sin are allowed to enter into heaven.

What Does The Bible Say About Suicidal Death?

The first thing we need to do to be reasonable is to ask ourselves the question:

Why do people commit suicide?

In every situation that I know of, suicide is caused by mental illness. Nobody in their right mind commits suicide.

It may be depression; it may be schizophrenia, it may be another mental illness.

So since suicide is a result of mental illness, then the question is whether or not God holds illness against a person when deciding whether or not to allow them into heaven?

Does He hold it against cancer patients that die of cancer?

Or heart disease patients who die of heart attacks?

The second thing we need to look at is what was promised to us by God. What does the Bible say about suicidal death?

“For God loved the world so much that he gave his one and only Son, so that everyone who believes in him will not perish but have eternal life.”

“God saved you by his grace when you believed. And you can’t take credit for this; it is a gift from God. 9 Salvation is not a reward for the good things we have done, so none of us can boast about it.”

You see, salvation is not based on how good we are or that we get everything right. If it were, Jesus would never have to die on the cross in the first place, and we would still be in the place where none of us would make it to heaven in the first place.

Can you honestly from the bottom of your heart say that you have confessed every single sin you have ever done in this life?

I have lived for too long.

I can’t remember the things I did last week, let alone remember sins from 40 years ago!

So when it comes right down to it, if a Christian is suffering from mental illness resorts to something that is both sinful and tragic, how does God respond?

31 What shall we say about such wonderful things as these? If God is for us, who can ever be against us? 32 Since he did not spare even his own Son but gave him up for us all, won’t he also give us everything else? 33 Who dares accuse us whom God has chosen for his own? No one – for God himself has given us right standing with himself. 34 Who then will condemn us? No one – for Christ Jesus died for us and was raised to life for us, and he is sitting in the place of honor at God’s right hand, pleading for us. 35 Can anything ever separate us from Christ’s love? Does it mean he no longer loves us if we have trouble or calamity, or are persecuted, or hungry, or destitute, or in danger, or threatened with death?36 (As the Scriptures say, “For your sake we are killed every day; we are being slaughtered like sheep.” )37 No, despite all these things, overwhelming victory is ours through Christ, who loved us. 38 And I am convinced that nothing can ever separate us from God’s love. Neither death nor life, neither angels nor demons, 16 neither our fears for today nor our worries about tomorrow – not even the powers of hell can separate us from God’s love. 39 No power in the sky above or in the earth below – indeed, nothing in all creation will ever be able to separate us from the love of God that is revealed in Christ Jesus our Lord.

Can it separate us?

Suicide is tragic. It profoundly wounds those that loved the victim, and those that are considering suicide need to get help rather than take a self-centered way out hurting all those around them. 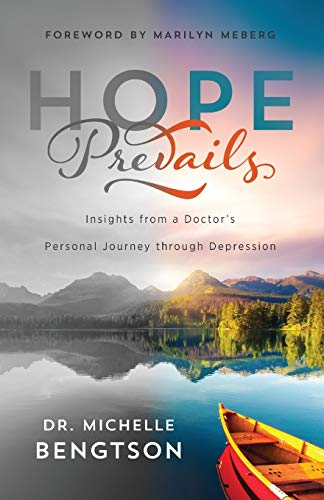 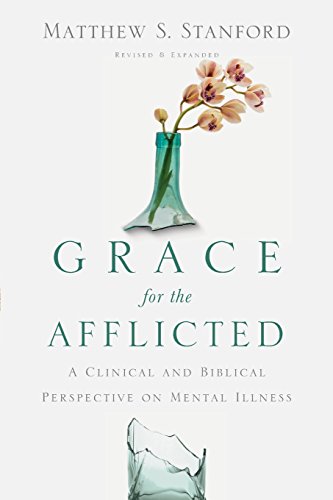 Amazon.com
Grace for the Afflicted: A Clinical and Biblical Perspective on Mental Illness
$22.00  $13.99
See Details

Amazon.com
When Someone You Love Suffers from Depression or Mental Illness: Daily...
$8.99
See Details